We found 266 locations over two days:

One day of artist research, walking each route recoding sounds, making videos and checking levels with a sound meter. In the evening I introduced the project to the tour leaders, and took them around two of the routes:

Then followed two days of public walks, led by artsnap tour leaders, each group taking one route each. We compiled all the locations on the map above, with the two colours in each area referring to Saturday or Sunday. 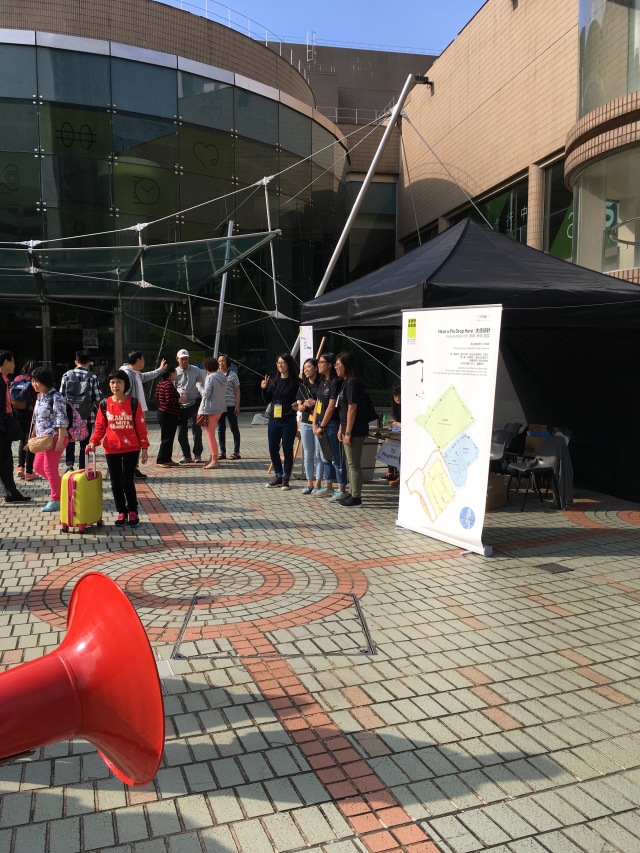 The Results, by Area

Around Kwai Tsing Theatre and Metroplaza

The side door of the theatre opens onto traffic noise and the sharp sounds of the metal workshop opposite, at around 93dB:

The front plaza is more sheltered from traffic, with a few birds singing (area reaches 91dB), but is of course a bit louder during artsnap events (lion  dance drummers reached 100dB): 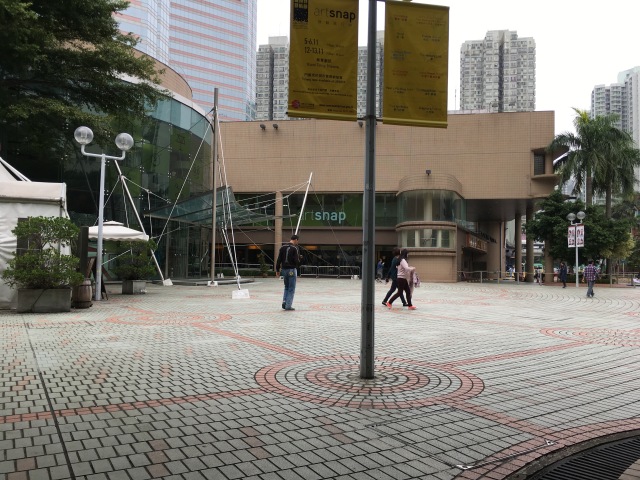 At the back of the Metroplaza there are low roars from air conditioning vents, but there is a cluster of locations participants heard pins drop, just past the vents. 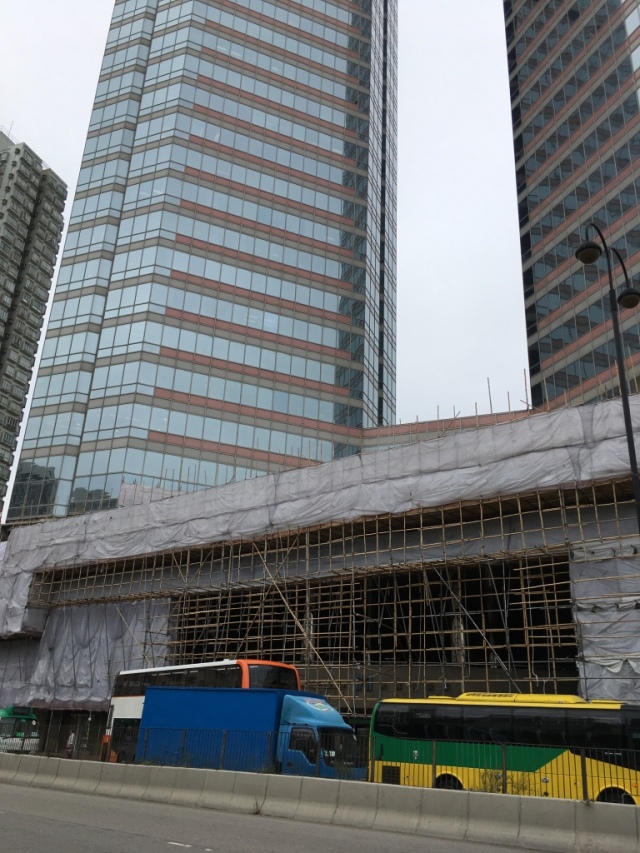 Participants said they modified their behaviour to actively seek out corners or other locations where they might hear the pins.

As there was lots of traffic, they often waited for buses to pass.

Crossing the bridge over the traffic reaches 97dB and there is a low generator hum at the bottom of the stairs, shielded by yellow construction barriers.

Taking the route anti-clockwise we follow the traffic, which is heavier than around the plaza. More lorries.

Turning left, away from the road we pass busy market chatter, and trolleys. 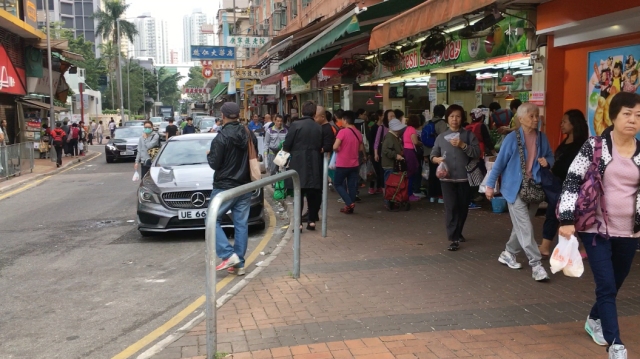 The sports ground has a small park, which is noticeably quieter, and full of birdsong. I can hear at least three different species. Rustle of newspaper. 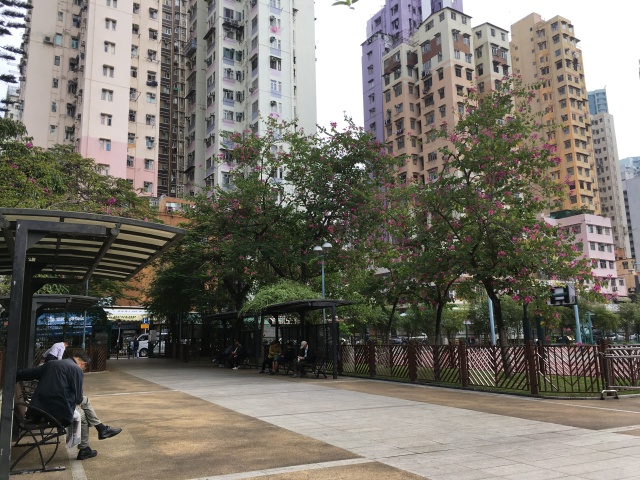 Our route takes us past the Lutheran School for the Deaf, and I wonder if the relentless traffic noise can still be experienced as vibration.

Hing Shing Road crossing has an audio signal for the visually impaired, like all crossings, but here it is easier to hear.

Hing Shing Road Playground is full of birdsong, and the sound of distant sports. 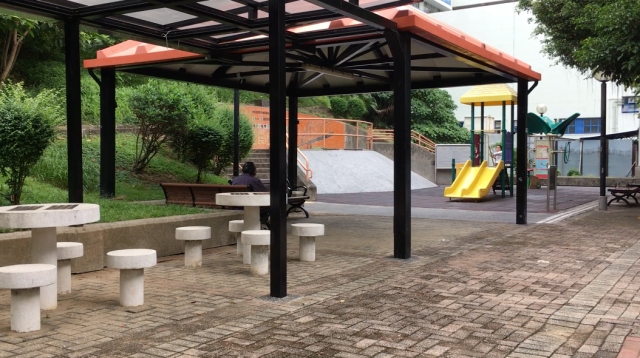 Along the Elevated Walkways 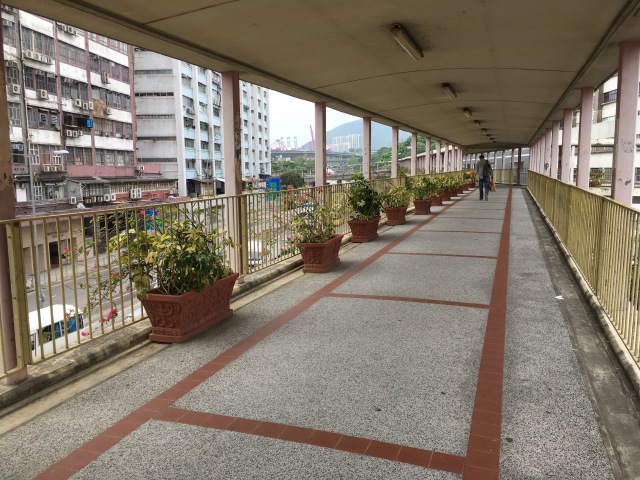 Sound levels peak at 98 dB over the six lanes of traffic, then route disappears into a wooded corner before turning left back across the roads.

The traffic is a little more muffled here, about 90dB, with some bird song, but it’s harder to pick out.

The route takes us back alongside the overpass, with skateboarders rattling along underneath.

In addition to the skateboarding, participants discovered the sound of remote-controlled cars being raced under the motorway.

Also, walking on a level with the trees next to Kwai Tsing Theatre, they could hear lots of birds, which I have since discovered were oriental magpie robins: 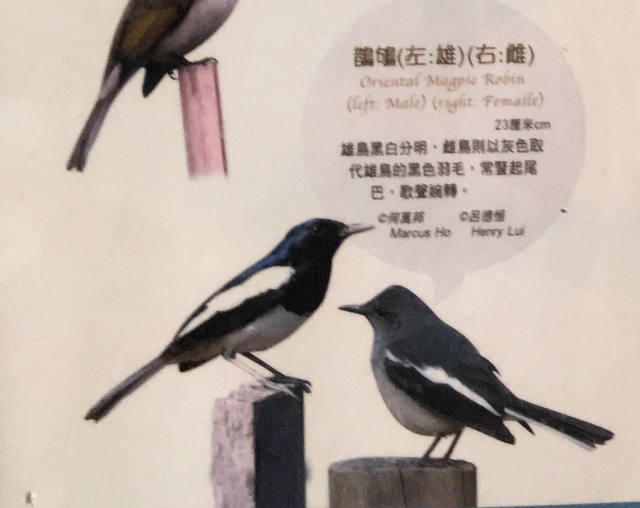 A space of conflicting sounds: a different radio in each workshop; clicking and clattering trolleys; lorries reversing with a beep; thuds and thumps.

Participants actively looked for metal surfaces, such as manhole covers, so that their pin could be heard in this noisy industrial area. 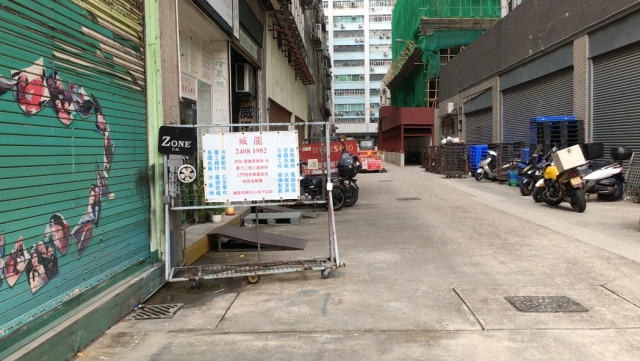 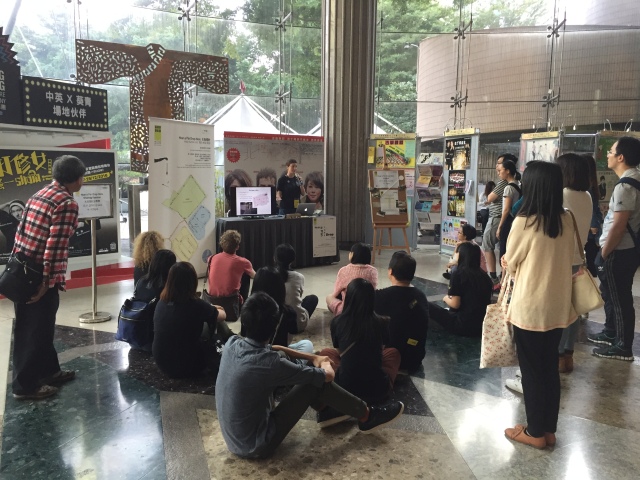